For decades, these words have been used to describe University of Florida College of Nursing Founding Dean Dorothy M. Smith. Now, they are also being used to describe the nurse researcher who was named to the position created in memory and in honor of Dean Smith.

Jane Carrington, PhD, RN, FAAN, was named the Dorothy M. Smith Endowed Chair and co-director of the Florida Blue Center for Health Care Quality, effective in January. When asked what achievement has brought her the most pride, she does not tout an award or grant but the relationships she formed with her doctoral students. As the founding dean, Smith also forged strong relationships with nursing students during the 1950s and 1960s — students who were looking to do more with a nursing degree than just be bedside assistants.

Carrington was most recently an associate professor at the University of Arizona College of Nursing, where she also earned her PhD in nursing in 2008. As she began mentoring doctoral students, Carrington was naturally inclined to offer more than just advisement, edits and career advice. Thus, the “Carrington Cats” were formed. This group of “community scholars” has grown to about 20 former and current nursing students and provides an outlet for peer contact, as well as mentorship. The group holds a phone meeting once a week. Each new member receives an exclusive “Carrington Cats” mug and a lapel pin to mark a first accomplishment, like a publication or presentation. Once each member successfully passes the dissertation defense, he or she is invited to sign the “Carrington Cats” banner that hangs in Carrington’s office.

The University of Arizona Carrington Cats gather for dinner the night before Carrington's final convocation ceremony before moving to Florida.

“The Carrington Cats is a lifelong commitment,” Carrington said. “I stay in contact with my graduates just as much as my current students. The mug and lapel pin that they are given are a reminder that they are a part of something bigger than just themselves. There is something about this community that is just so energizing. I never say no to a student who requests me to be their mentor.”

Benjamin J. Galatzan, PhD, RN, is a recent University of Arizona doctoral graduate and a member of the Carrington Cats. He said as a mentor, Carrington puts her soul and energy into her students’ success, getting to know each individual mentee, the mentee’s faults and strengths.

“Dr. Carrington knows how to stimulate her students to think differently and deeper about a subject and/or question,” Galatzan said. “She makes it a safe environment to discuss different ideas and concepts without feeling ‘dumb.’ She encourages her mentees to approach the problem from a different perspective or viewpoint because this encourages creativity to answering the question. Dr. Carrington made research, writing papers and presenting fun.”

Now the Carrington Cats will grow with new members from UF. Galatzan, who is the RN to BSN program coordinator and a senior instructor at the University of Colorado, Colorado Springs, is excited to welcome new Florida members to the group.

“The students at Florida can look forward to someone pushing them beyond what they thought they were capable of accomplishing,” Galatzan said. “Dr. Carrington will be there to support and encourage them when they go through rough periods.”

“Dorothy Smith was a diehard educator and believed in opening up as many opportunities for her students as possible,” McDaniel said. “It is the entire reason the College of Nursing was established at the University of Florida. Dean Smith had a vision for the future of nursing, which would be accomplished by the next generation of students, whom she groomed and encouraged to dream and think outside of the box.”

“Dr. Carrington is very outgoing and has a great sense of humor that endears her to others,” Effken said. “Her approach is always very student-centered. As a result, her numerous graduate students clearly love and respect her — and she loves them and provides excellent support for their developing research careers.”

Before she was a nurse, mentor or scholar, Carrington had a fascination with the human body.

“I remember as a kid going to bed, instead of counting sheep, I would go through in my mind the system of the human body and how it functions,” Carrington said. “Every night was a different system. As I got older, I tried to disprove math theorems, which put me to sleep right away, and then I started incorporating the disease process in my mind’s review.”

"She encourages her mentees to approach the problem from a different perspective or viewpoint because this encourages creativity to answering the question. Dr. Carrington made research, writing papers and presenting fun.”
Benjamin J. Galatzan, PhD, RN
Recent University of Arizona doctoral graduate and a member of the Carrington Cats.

In high school in Minnesota, she worked at a long-term care facility on the weekends, never missing a shift. Her mother suggested she pursue nursing as a career, but Carrington resisted because she did not think she was smart enough to be a nurse. Instead, she attended the University of Wisconsin, LaCrosse, and earned a degree in physical education and health in 1982. Carrington started as a student teacher in a rural community, but she ran into administrative red tape when she wanted to do more for the kids who did not have appropriate, warm clothing or proper food to eat.

After a couple years, her next move was to Arizona, where she finally admitted her mother was right and pursued a nursing degree. She took a position in pediatric intensive care, where she thought she could do more to help children in need.

“After about five years, Carrington’s nurse manager told her that it was time to return to school because there was no longer enough to challenge her in the hospital. So Carrington pursued her master’s in nursing from the University of Pennsylvania before returning to Arizona.

Carrington worked in pediatrics for a time before applying for an informatics position as a clinical analyst, one of few nurses in that type of analyst position. Thus, her love of informatics took hold.

“I honestly did not even know what informatics was before becoming an analyst,” Carrington said. “But after that, I was hooked and decided to return to school for a doctoral degree in informatics from the University of Arizona.”

Her research has focused on using the electronic health record, or EHR, as a communications system among nurses. Specifically, Carrington has interviewed nurses to find out how they describe a clinical event in the EHR, and how they communicate nurse to nurse after sudden clinical changes in a patient.

“My work has studied communication in the EHR, getting down to the words nurses are using to describe clinical events,” she said. “We want to understand how nurses communicate, the language they use, how they use the EHR and how often.”

The goal? Redesigning the EHR to make it a better functioning system for communication instead of just documentation.

“Her research showed major gaps in communication through the EHR,” Effken said. “To study this, she found that she needed to use natural language analysis tools, which had not previously been used in nursing research, to be able to better understand the communications issue and perhaps suggest solutions. That led her to partner with experts in several technology fields for her research.”

After completing a six-month system assessment at UF, Carrington plans to establish an interdisciplinary consortium with researchers who share her common goal.

“If I have my way before I die, we will redesign the EHR and it will be based on science and cognitive factors, not based on a programmer with a commercial entity,” Carrington said. “If one patient will have a better outcome because of my research, I will consider myself successful.”

As co-director of the Florida Blue Center for Health Care Quality — a role she shares with Arch “Chip” Mainous, PhD, with the UF College of Public Health and Health Professions — Carrington will be charged with bringing new life to the center. The endowed chair and the center were established in 2007 in recognition of a gift by the Florida Blue Foundation. Housed in both the College of Nursing and the College of Public Health and Health Professions, the center’s purpose is to bring together interdisciplinary experts to design and evaluate improved approaches to health care access and delivery. To accomplish this, the center establishes programs with the goals of finding solutions to the widespread lack of affordable health coverage, addressing employment shortages in health care professions, enhancing delivery of high quality care, and creating community-based interventions that may reduce the need for hospitalization.

“The duality of this position as the endowed chair and the co-director of the center is enormous,” Carrington said. “Our goal is to see how to connect the dots to further advance health care, lower health care costs and enhance health care quality. My hope is that better standards in Florida will spread nationally, so that other places can benefit from what we are discovering.”

Following in the Footsteps of Dorothy Smith

The College of Nursing's founding dean Dorothy Smith, for whom Carrington's position is named, believed in nurses serving as leaders in health care. She forged life-long relationships with her students, always encouraging them to pursue advanced opportunities.

Before visiting the UF College of Nursing as a candidate for the Dorothy M. Smith Endowed Chair, Carrington did some research on the position’s namesake. What she found was awe-inspiring.

“I am incredibly humbled to be in this position,” she said. “Dorothy Smith was very successful in shaping things to her vision. One of my greatest regrets is that I will never be able to meet her, but I have been contacted by those who knew her. It is overwhelming that people have this confidence in me to fill this prestigious position.”

McDaniel could not agree more.

“As the fifth dean of the College of Nursing, I know how intimidating it can be to follow in the footsteps of Dean Smith,” McDaniel said. “In addition, as the Linda Harman Aiken Professor, I also know the prestige one feels by holding an endowed faculty position named in honor of a legend. I have the utmost faith that Dean Smith would be proud of our selection to fill her endowed chair with Dr. Carrington.”

Effken believes this is the perfect fit for Carrington at this stage of her career—and for the College of Nursing.

“As her research has shown, Dr. Carrington can think out of the box,” Effken said. “She is creative and has shown that she can effectively manage multiple multidisciplinary research teams, which I think will be critical to her success in this position. Her networking skills are laudable and will certainly help her succeed in this position. Finally, I suspect that students and colleagues alike will relish her enthusiasm and sense of humor.” 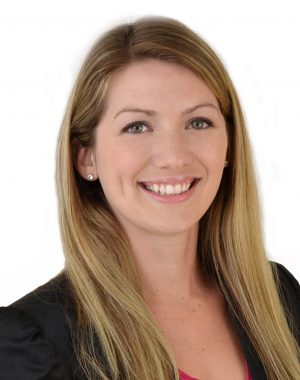 Senior Director Of Development And Communications 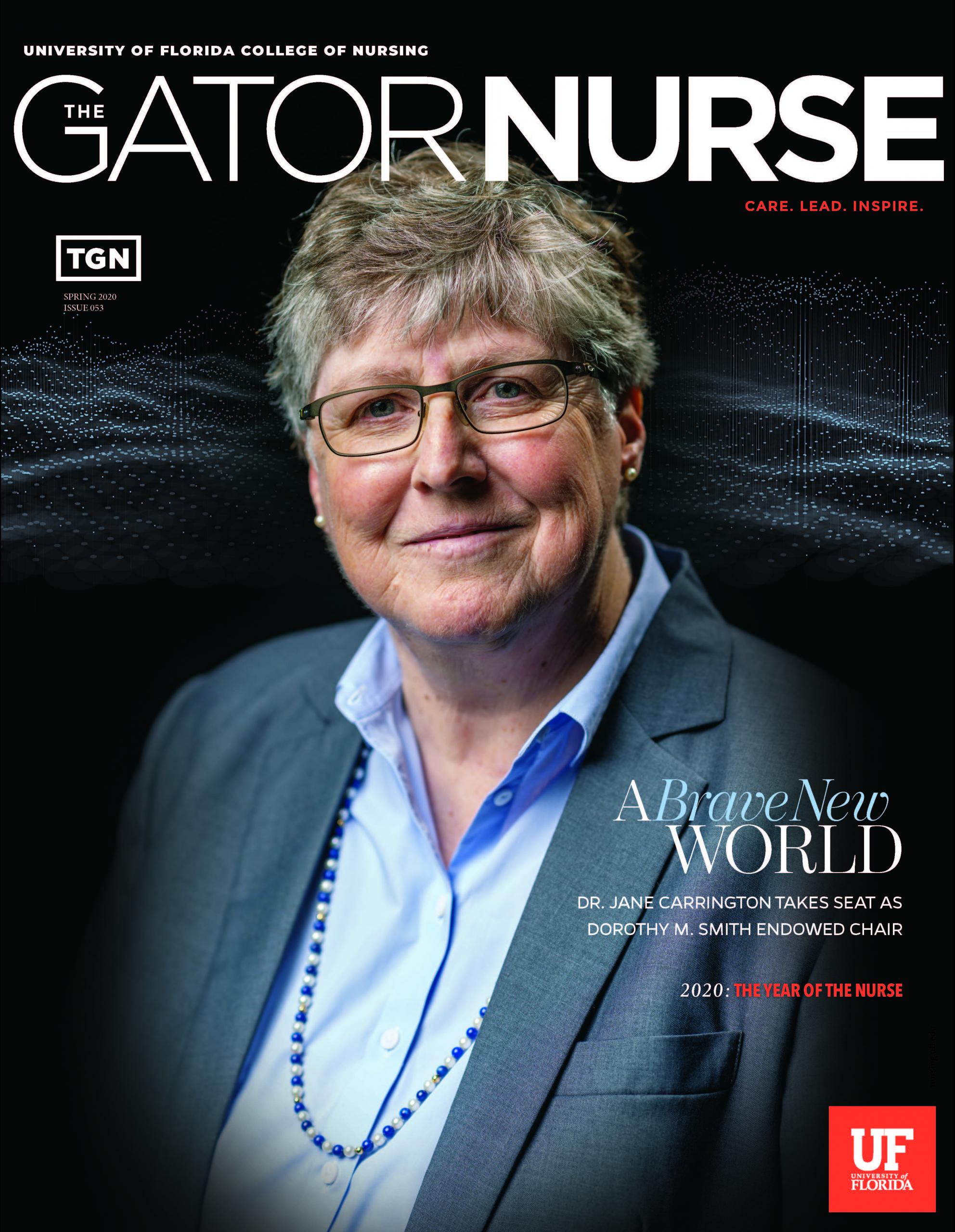