Linda M. Sigsby (assistant professor, 1990-2008), 77, of Gainesville, Florida, passed away Oct. 3, 2020 at Haven Hospice. Sigsby cared for polio and chemotherapy patients as a nursing student. She later became an operating room nurse, operating room head nurse, professor and dean of nursing. During her tenure at the UF College of Nursing, she was named Teacher of the Year for 2007-2008. She published research in the fields of women’s health, clinical nursing through patient care and perioperative nursing, where her drive for early engagement of nursing students in the specialty was recognized as a bridge for improving nursing education and expertise in the field.

Sara Eleanor “Ellie” Ward Pickren (BSN 1974), 91, of Lake City, Florida, passed away Nov. 1, 2020. She worked as a part-time instructor at the Lake City Community College for a few years after retiring from the VA.

JoAnn Howard Patray (MSN 1967, PhD 1978), 86, of Tallahassee, Florida, passed away Nov. 7, 2020. Patray was an associate professor at the UF College of Nursing Jacksonville campus for almost two decades. A mentor and source of inspiration for many nursing graduates, she retired as assistant dean of nursing and a recognized UF professor emeritus. After retiring from UF, she began work with Azalea Medical in Keystone Heights as a nurse practitioner and then as a member of Azalea’s Board of Directors until 2013.

Catching up with UF College of Nursing alumni. 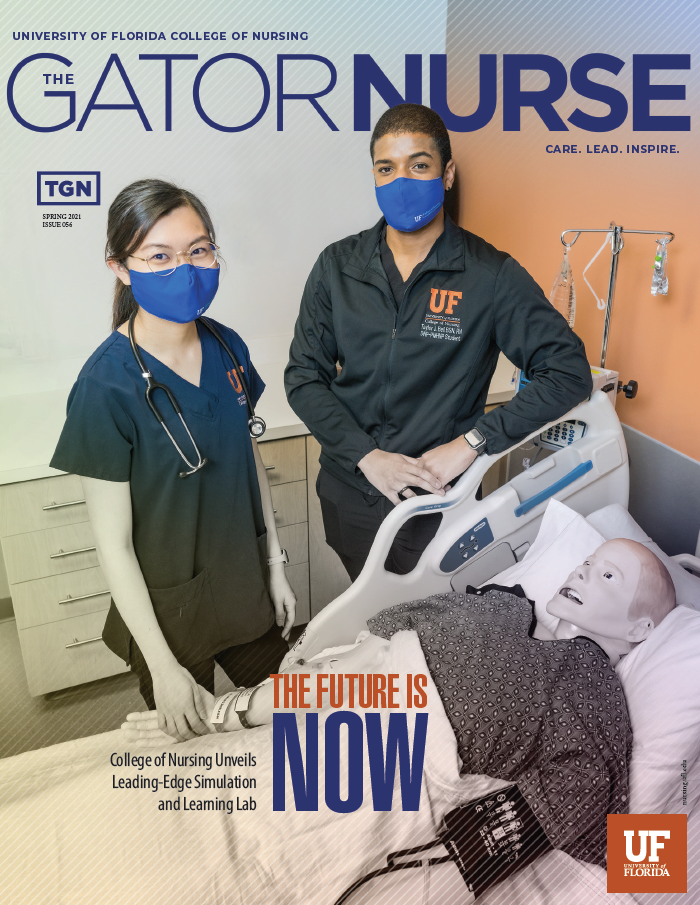