For many BSN students, the White Coat Ceremony does not only symbolize their commitment to humanistic, patient-centered care. When they receive their white coats, it is the point in the program when they enter the clinical setting and begin to learn hands-on patient care. This is the moment for which the students have been waiting and preparing

Traditional BSN juniors Allison Castiblanco and Lilyanna Mancuso show off the special pin designed by the Arnold P. Gold Foundation that was given to them during the fall White Coat Ceremony to serve as a visual reminder of their oath and commitment to providing high-quality care.

For the Traditional BSN juniors who started the program in August, this ceremony took place in late September. After being cloaked by a member of the College of Nursing faculty, the students were led in the recitation of the Oath for Professional Nursing, which was written by Professor Emeritus Jodi Irving for the ceremony.

Assistant Professor Allison Peters, DNP, RN, CNOR, NEC, served as the keynote speaker for the event. Peters has been a faculty member at the college for five years. In December, she was diagnosed with a recurrence of breast cancer and has undergone chemotherapy, six weeks of daily proton treatment and will soon embark on another six months of chemotherapy.

“It's supposed to be hard. If it wasn't hard, everyone would do it."
Assistant Professor Allison Peters, DNP, RN, CNOR, NEC

“Ironically, cancer didn’t hurt,” Peters said. “What I thought would kill me was the cure.”

She shared what it was like being on the “other side of the bedrail” and gave insight from the patient perspective. Peters said she never told the nurses caring for her that she was also a nurse, but she made sure that she helped lighten their load however she could. She reminded students to always maintain a patient-centered career and to continue to fight for what they want.

“You will not achieve your goal of making it through this program without pushing yourself. ‘It’s supposed to be hard. If it wasn’t hard, everyone would do it.’” Peters said quoting the movie “A League of Their Own.”

Catching up with UF College of Nursing alumni. 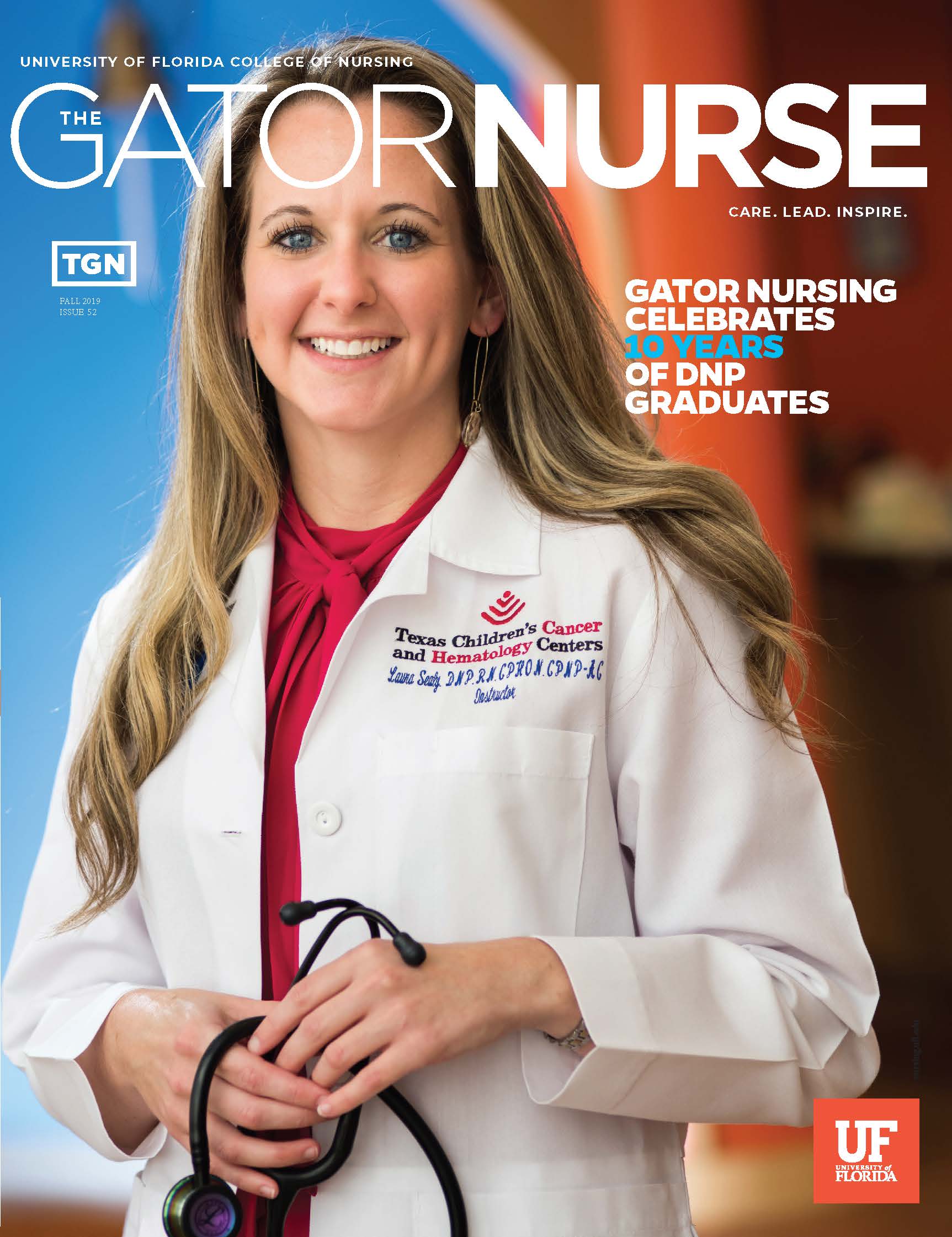