In the spring, the College of Nursing celebrated 178 graduates from across the BSN, DNP and PhD programs. The college and the university held several events throughout the graduation weekend to recognize graduates, along with their family and friends.

Festivities kicked off the morning of Friday, May 3, for the BSN graduates who participated in their traditional Pinning Ceremony. This ceremony represents the transition of student to professional nurse and officially welcomes the graduates as Gator Nurse alumni. The Pinning Ceremony is hosted by the College of Nursing’s Alumni Council, who pin the graduates as they are recognized on stage.

Graduating senior Natalie Barnes addressed her class during the ceremony. Barnes served as president of the UF Nursing College Council and spoke of the camaraderie the class shared and how being a Gator Nurse means making a difference.

For the first time, this year’s Pinning Ceremony included a special ceremony to commission three nursing graduates into the United States Navy. Although graduates are often commissioned to the military near graduation, it has never taken place at an official College of Nursing event.

“For generations, nurses have played pivotal roles in our country’s military. In fact, Gator Nurses have been recognized in all branches of the military for their bravery, their leadership and their selfless devotion to others in the face of grave circumstances,” said Director of Student Success Sharon Bradley, DNP, MSN, BSN, RN, CNL, CNE. “We are proud of the fact that every year, we graduate nurses who elect to join the Armed Forces and serve our country in this admirable way. This year, three of our nursing graduates will be joining the United States Navy. Shayla Bell-Francis, Lauren Rocheleau and Jenna Scheler: We are honored that your official commission is taking place as part of our ceremony today.”

Several graduates also received special awards during the Pinning Ceremony that exemplify excellence in certain areas. These awards and their recipients include:

Watch highlights of the Pinning Ceremony below.

Congratulations to all College of Nursing graduates! 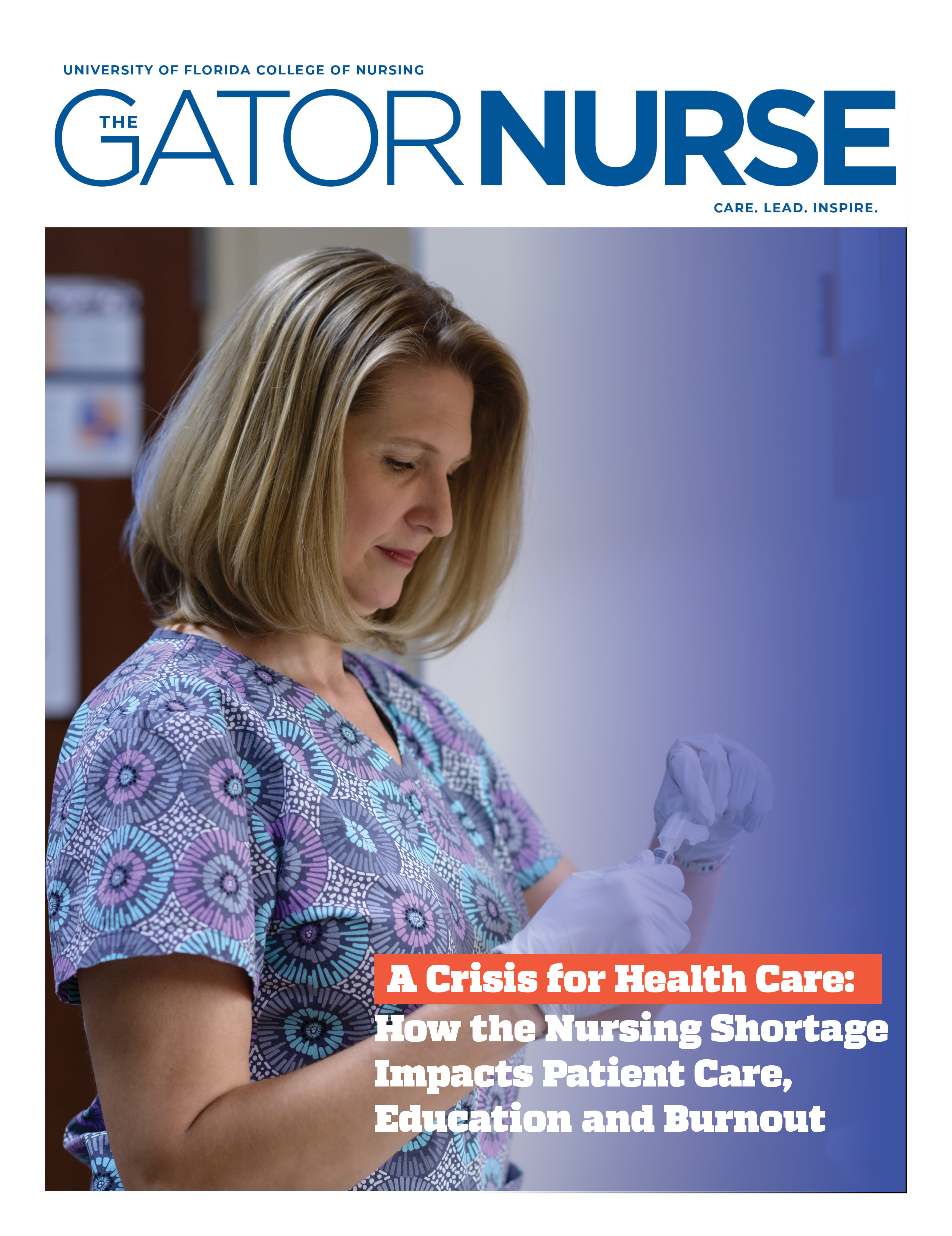