The College of Nursing once again had two alumni recognized in the Gator100 this spring. For the second year in a row, Shari Costantini (BSN 1988) and Jennifer Ruland (BSN 1998) were among the elite group of the top 100 fastest-growing, Gator-owned or led businesses in the world. Costantini’s Avant Healthcare Professionals was ranked No. 20 and specializes in international health care staffing and recruitment. Ruland’s Rad Wear Inc., is a promotional product company located in Gainesville and was ranked No. 75.

Brian Peach (PhD 2018) was hired as an assistant professor at the University of Central Florida College of Nursing and awarded a 2018 research grant from Theta Epsilon.

Jane Houston (MSN 2001, DNP 2009) was honored as a fellow of the American College of Nurse Midwives at the national meeting.

Patti Moore (BSN 1974, MSN 1982) published a book titled “Creating A Culture Of Care: Insights and Inspirations from a Hospice Leader,” and it was a No. 1 new release in the Nursing Administration and Management category.

Martha Sturm (BSN 2014) graduated from the Medical University of South Carolina to become a Certified Registered Nurse Anesthetist in December. She began her CRNA career at UF Health in March.

Alumni and Friends, In Every Issue, Spring 2019

Knowledge and networking was in high supply at the Rita Kobb Nursing and Health Informatics National Symposium. 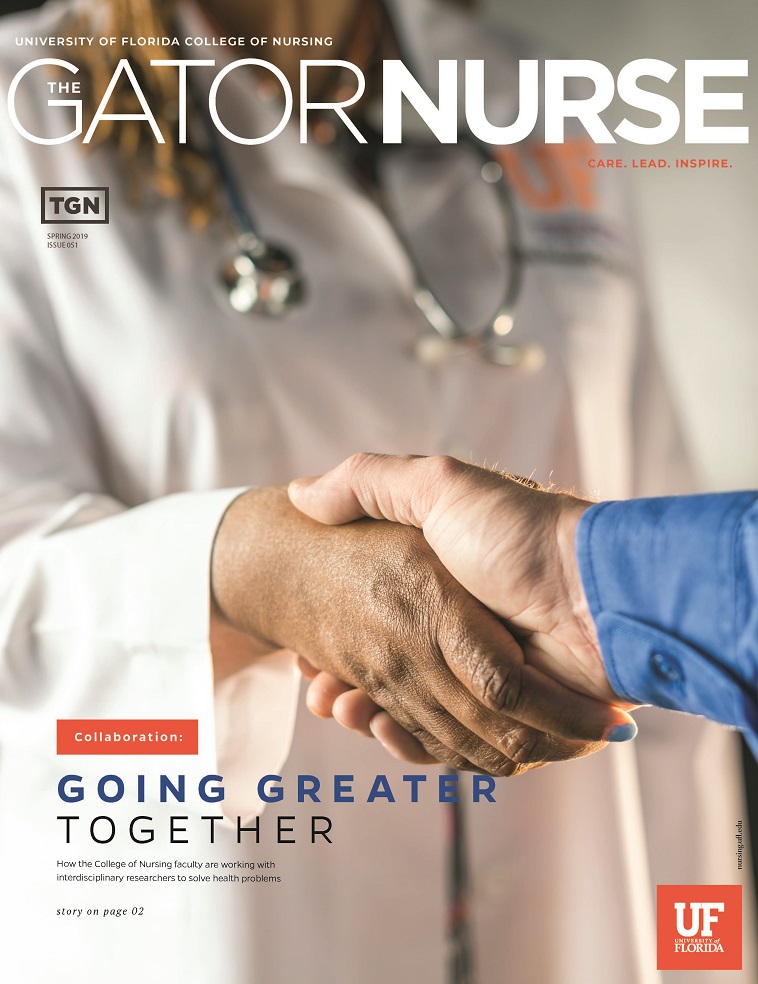